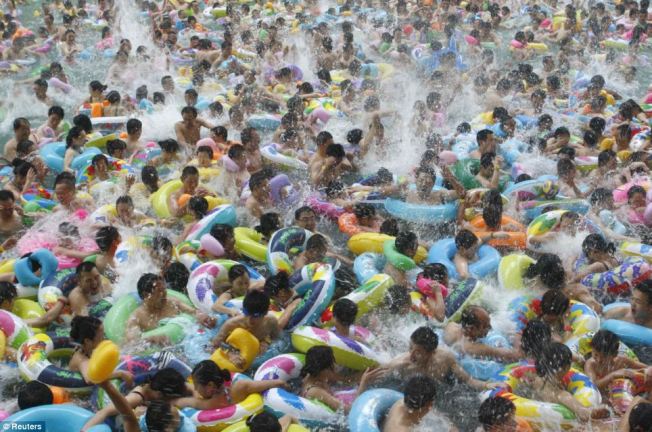 I recently moved into an apartment complex that includes a pool, which—many of you will recognize— is both a blessing and a curse. If you live alone, most of your trips to the neighborhood pool are likely to be undertaken solo, and if you’ve long suspected that going to a crowded pool alone is basically the worst thing you could do, I can confirm that it is so.

Some things you can expect:

*When a family with 4 kids all wearing floaties takes over the deep end while the shallow end remains empty, you will become enraged. This anger is rational and justified, but is best kept to one’s self.

**When someone inevitably invades your territory, you will become enraged. Dirty looks should be enough to communicate your displeasure, but if that doesn’t work, you pretty much just have to leave.

***While this post is about swimming at a populated pool alone, it’s probably not a great idea to go swimming completely alone either, because drowning.